Post-Fintechs arrival & building a new value proposition for customers, Banks adopted a collaborative approach to work together and develop new products, business models, and value drivers for customers. Emerging demands from Fintechs led to banks opening up their services and data through APIs and drive API enabled Banking, and now widely been termed as Open Banking.

Various business models evolved across financial services, be it payments, lending, investments, etc. Fintechs has grown in this space widely, and banks across the globe started opening up APIs and worked together with Fintechs.

Though Fintechs have been mainly benefitted in the entire business of Open banking, Big Tech firms ( widely been used for Google, Apple, Facebook, Amazon, Microsoft, and others) spotted significant opportunities to enter into the financial services space. Be it Sundar Pichai or Jeff Bezos, all have clearly shown their deep interest in the financial segment and esp in Banking.

Open Banking made things easier for them as they could use banking services from Banks through APIs and build better customer engagement & value proposition for their set of customers. Before getting into advantages big techs having others to fast track their financial services, it is essential to look at the transition made by some of these big techs into banking. 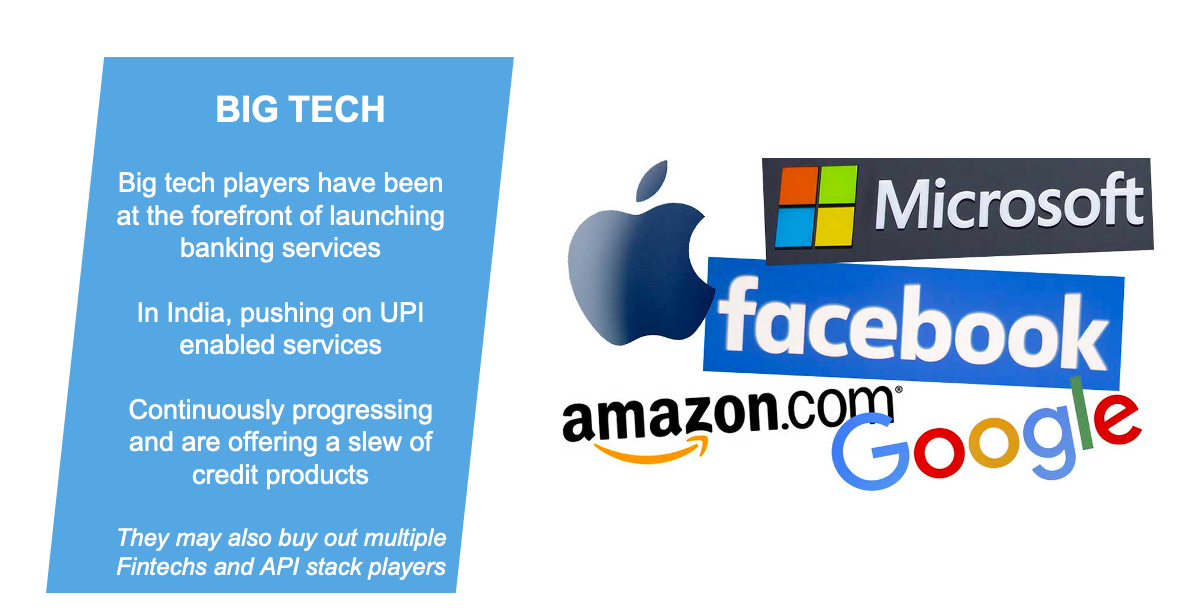 Google Pay has been one of the success stories for Google in the payment space across the globe, where Google developed a payment service provider on the UPI platform and providing both P2P and P2M services in the Indian Market. Google has already announced the launch of Google Card, a kind of debit card, co-branded with a Banking partner. Recently, Google has further widened its ambition to drive banking services when it announced to launch mobile banking accounts in partnership with BBVA USA, Bank Mobile, BMO Harris, Coastal Community Bank, First Independence Bank, and SEFCU.

In the race of widening banking services, Amazon is taken a big jump by leaps and bounds with venturing into the banking services space with payments to lending to selling insurance. By looking closely, it would look like Amazon is building the future of banking within its ecosystem.  Though Amazon is mostly trying to do lots of banking services in partnership with Banks, it is investing heavily in Fintechs to widen its portfolio.

Amazon Pay has already been successful in most of the region with its digital wallet kind of functionality. In India, Amazon has implemented UPI functionality to its Amazon Pay and built a complete payment app to facilitate funds transfer, bill payments, recharge, and other features. Amazon took a big step towards strengthening its payment game by integrating with Worldpay, in 2019, to act as a back-end intermediary between banks and credit card companies.

Apart from payments, Amazon has ventured into lending through multiple partnerships with banks such as Bank of America Merrill Lynch, Goldman Sachs, ING. As per the CBinsight report, Amazon has already issued $5B of loans till 2019. 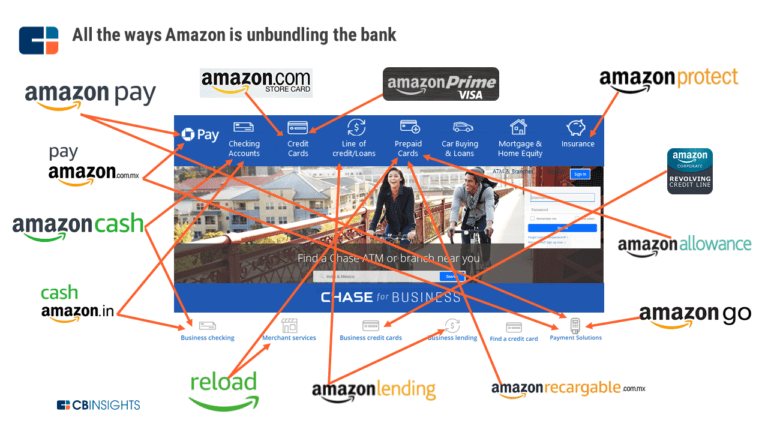 Though Microsoft has yet to provide direct banking services, and it has made its intention clear with a partnership with plaid to make Excel a Fintech App. Microsoft has partnered with #Plaid to let people automatically import their bank and credit card account data into a new personal finance tool called Money in Excel.

Always hailed as one of the most innovative companies, Apple has already worked with Goldman Sachs and Mastercard to launch Apple Credit Card for its customer, which is directly integrated with iPhone. Apple already has Apple Pay, a digital wallet kind of functionality on the iPhone, which allows customers to add money to it and use for contactless payments as well as for online transactions.

Though there have been more use cases across financial services, these big techs are operating into or getting into it. Open Banking undoubtedly gave them the edge to keep exploring and adding banking services to their wings. But there has more, which does provide them with the advantage to launch and pose formidable threats to Fintechs and the banking ecosystem. We looked at some of the reasons as follows:

Ecosystem: Big techs have developed their ecosystem well where they own their customers, their value chain. For example, Amazon has its e-commerce platform with its customers, resellers, and then coupling with other value propositions from Prime, Alexa, etc., and all well integrated. This makes it easy for them to plug in financial services and operate it within their ecosystem.

Platform Enabled Banking: Technology is the backbone for Big Techs on which they have built on their business. Platform-based architecture has been core to its technology, which allows them to develop, build, launch, and scale various new features and solutions at a rapid pace. The micro-services-based architecture enables big techs to plug in easily with Banks using APIs and roll out financial services to their customers.

Trust- Undoubtedly, Big techs enjoy their fan following, be it Apple or Google because of their ability to the superior service model and sustainable quality. Banks have yet been able to hold their fort in the age of Fintechs primarily because of the trust factor. When these big techs bring a similar level of trust to customers to use banking services from them, it makes it easier for them to roll out banking. Big Techs power their trust factor with Banks and play well on the positioning.

Stronghold on Customer Engagement- Big Techs have known for building the best of class customer engagement for their customers through building a robust interactive model with continuous engagement.

Big expertise in AI/ML: Artificial Intelligence and Machine learning have played a significant role in transforming financial services and digitization. AI/ML developed model has led to the emergence of new lending models, better credit underwriting processes, and new products. Big Techs have developed superior capabilities around AI/ML and have used successfully in their existing product and service stack to power their growth. The same skills on AI/ML provide them an edge to couple their financial services.

Capital: One of the reasons for the big growth in Fintech & startup evolution is the availability of capital. Today, the majority of available capital, mainly through Venture funding, has gone into technology. To drive innovation and customer outreach programs, ease of capital helps startups to drive their business model. Big Techs have been widely placed on cash, which makes it easier for them to drive innovation and spend well on customer acquisition programs.

There is little doubt that big techs will play a significant role in open banking because of their inherent advantages through continuous innovation and partnership structure with Banks. 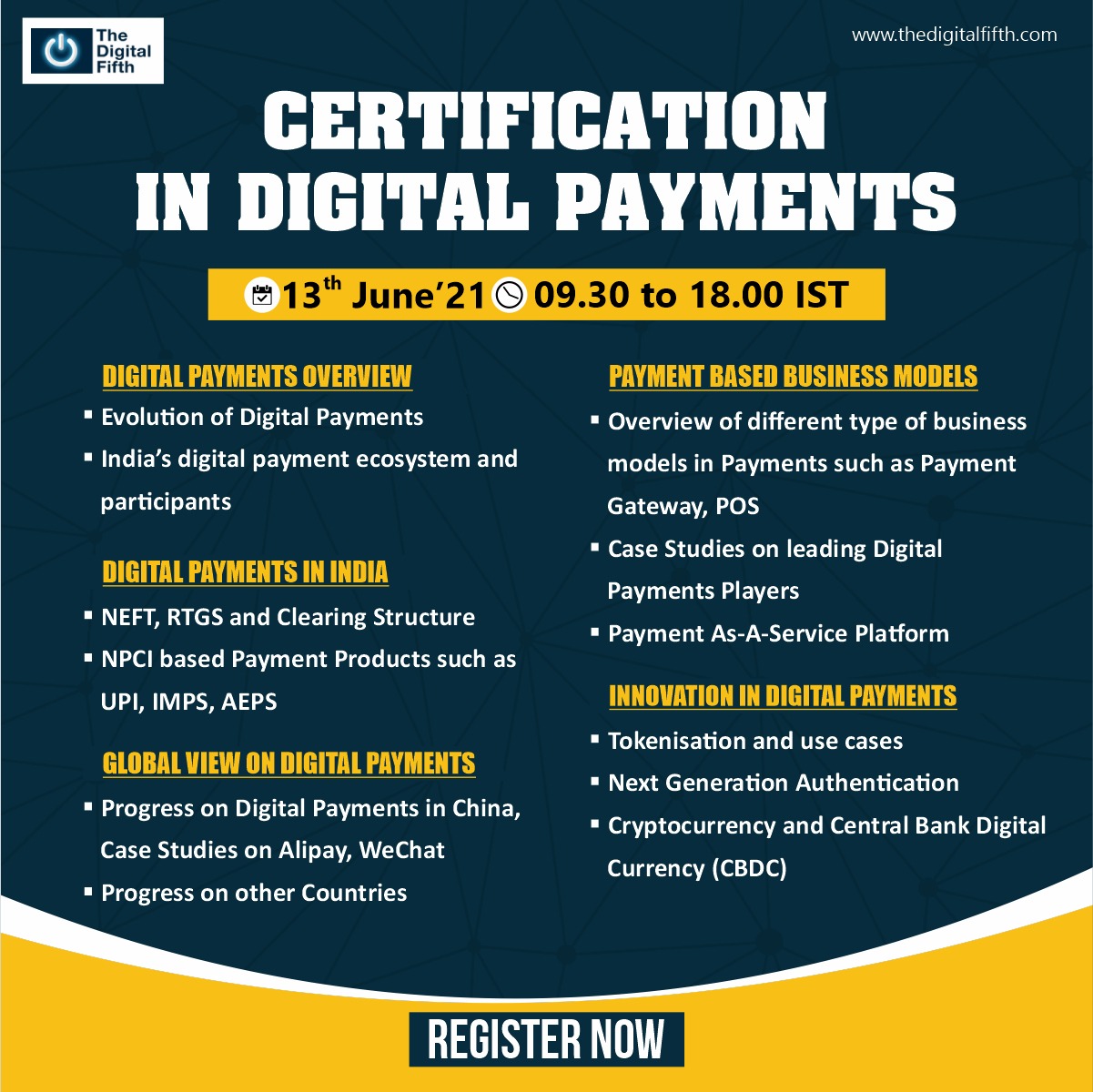 Changing Role of HR – In Age of Digital Transformation & Fintech 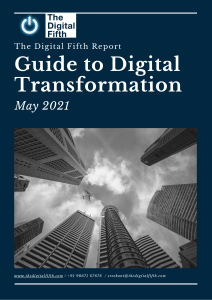